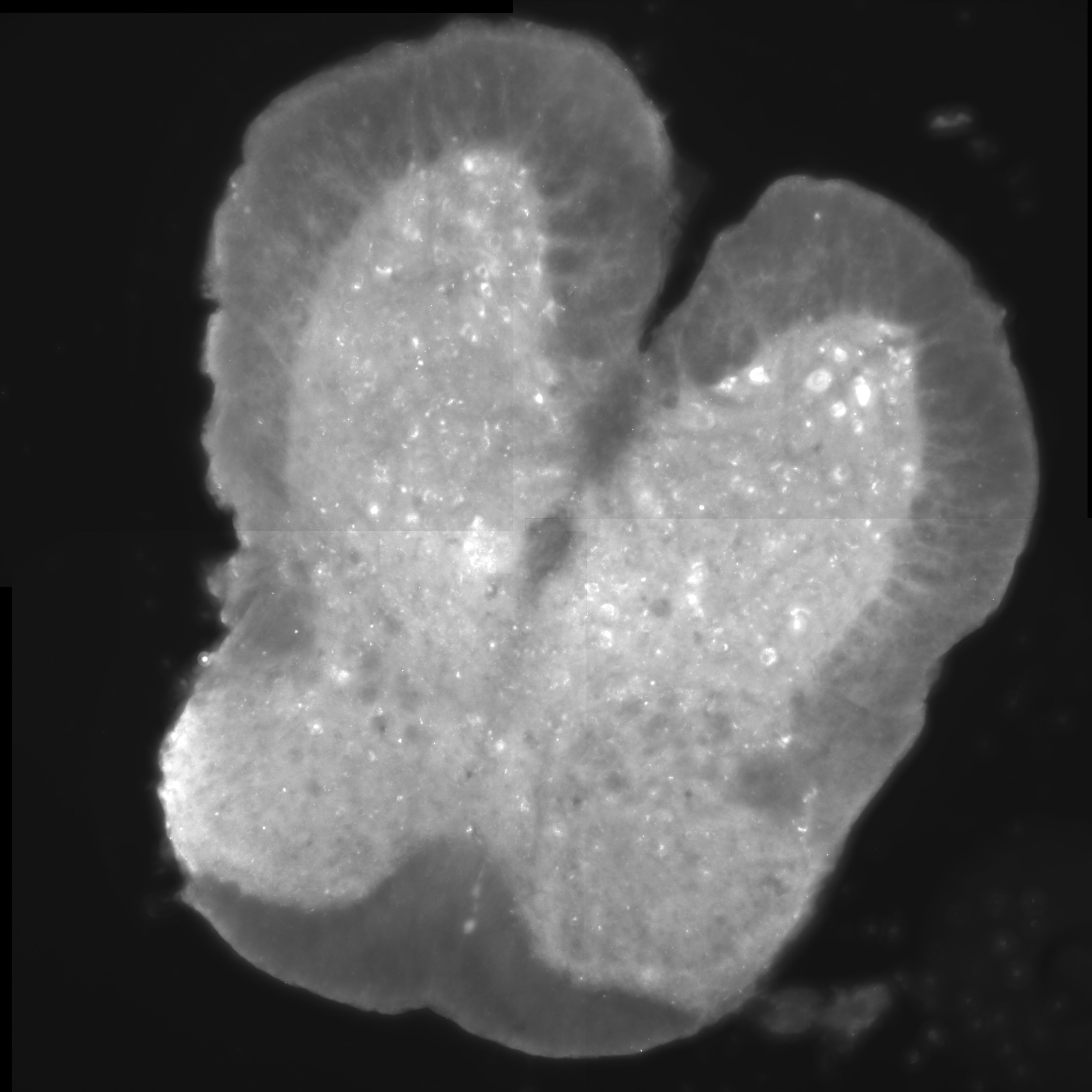 Amyotrophic lateral sclerosis (ALS) is a progressive neurodegenerative disorder that results in the death of motor neurons in the brain and spinal cord. No effective treatments are available. Several genes are involved in causing the disease but mutant superoxide dismutase 1 (SOD1) is the most frequently found, accounting for up to 20% of familial ALS. Thus, the most widely used transgenic mouse model for ALS is the SOD1 transgenic mouse, which expresses a human SOD1 transgene with a causative G93A mutation. Glial cell line-derived neurotrophic factor (GDNF) supports the survival of primary rodent motoneurons in culture 1. To develop GDNF-based therapies for ALS, researchers have tested transgenic GDNF overexpression in muscle during the development and showed that it leads to the hyperinnervation and slightly increases the number of motoneurons in the spinal cord2. Moreover, GDNF in a cell therapy paradigm has been shown to prolong lifespan and ameliorate disease progression in rat ALS model. Taken all together, GDNF shows potential in ALS research. However, how increase in endogenous GDNF expression influences ALS outcome is not known. For rationalizing development of GDNF signaling cascade agonizing drugs this information is important. We hypothesize that increased expression of endogenous GDNF from its native locus may alleviate ALS symptoms. When our hypothesis is correct our data would provide rationale for future development of GDNF/RET pathway agonizing drugs for ALS treatment. We will first analyze two groups of animals; GDNFwt/wt;SOD1G93A and GDNFwt/hyper;SOD1G93A. Behavioral tests including: rotarod, grip strength, coat hanger and open field will be conducted to evaluate the muscle function and overall movement and neuroscore will be recorded to assess the symptoms progression and animal survival rates will be recorded. At the endpoint ,spinal cord and muscle tissues will be collected for analysis for histology and GDNF gene expression levels. We need to quantify the Ret positive neurons.